Curated by Dulce Stein, opens at The Neutra Museum in Celebration of World Oceans Day. 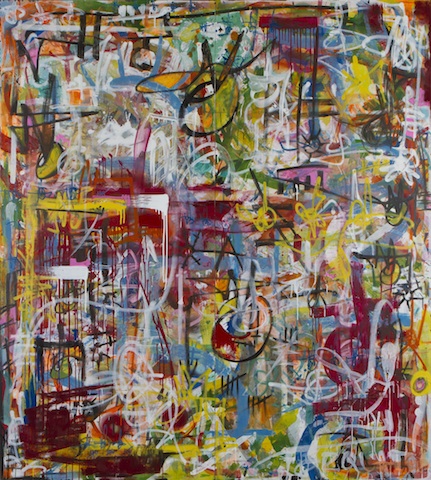 This show reflects the outstanding transformation of expressionism style of an artist with a long history of nature bond paintings.
‘Rolling Waves to Rolling Trains’ is a collection of works created in the disparity of these environments and combined for this show with the hope of revealing a greater connection to the natural world and its possibilities.
In the summer of 2015, Torquato relocated his studio from Pacific Palisades to DTLA and this change of environment marks a significant shift in his work.

Says Torquato, “These differences aren’t to be judged. They are only to be observed, digested and then expressed through my work.”

Michael Torquato deNicola describes himself as a ‘Primitive Modern Artist.’ His work reflects the rhythms, patterns and cycles of nature with nature, in the broadest sense, referring to the science and phenomena of the natural, physical, material world.

Born and raised in Southern California, Torquato is a life long surfer with much of his influence coming from his connection to the Ocean and his experiences around the globe in locations such as Indonesia, Iceland, Samoa, Peru, The Galapagos Islands and more.
Torquato’s visual works have appeared in galleries, art fairs, print, film festivals and TV screens around the world over the past 20 years.

The Grand Opening of Dogtown Realty is celebrated with the art of surfer Michael Torquato deNicola on Saturday, January 25, 2014, starting at 7pm. Dogtown Realty was previously located in Venice and is now in its brand new Santa Monica location at 2009 Main Street by owner, Assaf Raz. He also owns Dogtown Coffee a few doors away on Main Street.

Read the rest of the article on my Venicelife